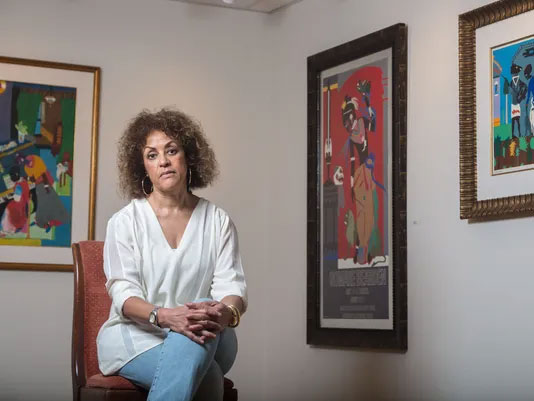 When she wasn’t studying as a medical student at Howard University College of Medicine, Dr. Celeste Hart could be found in the National Gallery of Art in Washington, DC. It’s where she began her self-directed education in art collecting, as she attended numerous art fairs and gallery openings in the country’s capital and beyond. As Hart returned home to Tallahassee and began her own practice as an endocrinologist, her budding art collection followed.

Hart’s medical practice is housed within the original building her grandfather, a general practioner, built in 1954, making it one of the oldest continuous functioning medical establishments in Tallahassee. The lower floor remained empty and, in search of tenants, Hart’s wheels started turning about how she could share her art with the greater community. Thus, the Anderson-Brickler Gallery was born, with its first exhibition featuring her collection of Romare Bearden’s work, which is currently on display through Dec. 29. 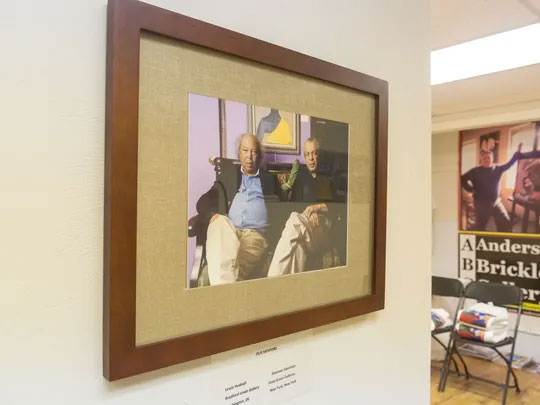 Hart’s gallery is housed within the original medical building her grandfather, a general practioner, built in 1954. (Photo: Michael A. Cork)

“It’s a way of giving back and getting a dialogue started,” said Hart, founder and director of the Anderson-Brickler Gallery. “Art is a catalyst, and I hope people would look at some of Bearden’s pieces and see themselves through his eyes and realize the power and influence they may have that they might not always realize.”

Hart is constantly amazed by the pieces she’s lived with for years that continue to draw her in. In fact, the first work she purchased as a fledgling collector was by Bearden, a 20th-century African-American artist who is well known for his dynamic collage and oil paintings that present his unique perspective on the American experience. Hart’s poster was from Bearden’s jazz series at the Smithsonian, titled “Bopping at Birdland.”

From Bearden’s Odyssey series, she’s intrigued by the artist’s reinterpretation of Homer’s epic poem to include and reflect culture. The work hanging in her home from the series, “Circe Turns a Companion of Odysseus into a Swine,” continues to provoke Hart’s thoughts on the piece in new and interesting ways.

“It’s surprising how you’ll see something different five years after you’ve hung it from when you first put it up,” Hart said. “After a while, it dawned on me that Circe is a woman of such insight and majesty that in her presence the inner swine becomes manifest. It’s a whole different take on it and it took me a while to look at it and really see it.”

When listing her favorite places to visit, Hart says she most enjoys NYC’s Museum of Modern Art and The Studio Museum of Harlem, The Phillips Collection in Washington, D.C, Musee de l’Orangerie in Paris, and FSU’s Ringling Museum of Art in Sarasota.

Lately, she’s been captivated by the abstract expressionists, but admits she has eclectic tastes when it comes to artistic movements. A fan of artists like Kara Walker, who employs a cheeky and witty style, as well as other artists who use of form, symbol, and color to evoke intensity. 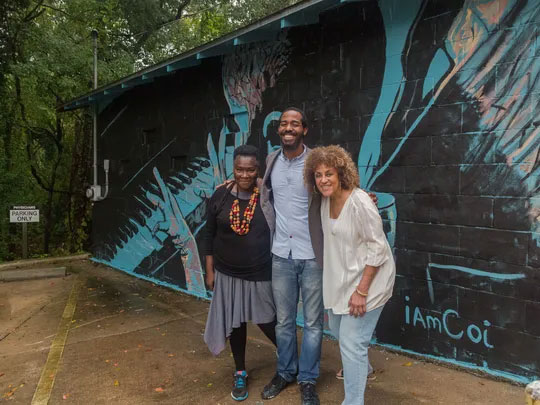 “Sometimes it’s just feeling the creative spirit of the artist,” remarks Hart. “In particular with Beauford Delaney, who is very abstract, the amazing ways he interprets light and color and uses them to evoke emotions really keeps me going some days.”

The process of creating her own gallery began nine months ago. For advice and guidance, Hart turned to mentors and long-time friends, Lewis Hudnell and Sherman Edmiston, who own and operate art galleries in the DC and NYC areas respectively. Both assisted Hart in getting started. She also worked with the Bearden Foundation for her first show.

Hart says it all has been a learning experience from negotiating the logistics of loaning and transporting art to building relationships with foundations and organizations. However, she is most proud of the fact that the gallery came together with the dedication and encouragement of artists and experts. Hart is grateful to the contractor, Richard Carlton and Tallahassee Lighting who helped to create a flow and brighten the space, as well as guest curator Deidra Harris-Kelly for taking on their first exhibition.

“It’s been a community affair,” says Hart, who promised herself that this venture would not take away from caring for her patients. “The local arts community has been incredible with their generosity and willingness to help, and artists that I’ve talked to have been supportive in looking at the space and making great suggestions.” 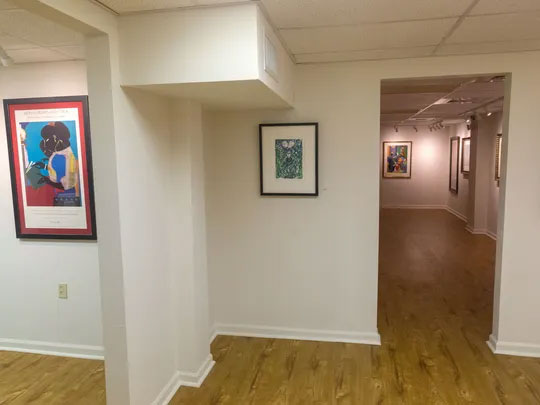 Inside the Anderson-Brickler Gallery which is opening with a collection Romare Bearden’s work. (Photo: Michael A. Cork)

The gallery plans to host talks on First Fridays as well as provide educational programming, with Kabuya P. Bowens, Chief Curator Exhibitions Research & Enrichment Programs, at the helm. Hart is excited by Bowens’ passion for sharing art with all ages, and hopes the gallery will become fertile ground for conversations surrounding local and national artists and their work.

In terms of choosing Romare Bearden for the gallery’s first exhibition, Hart is excited for visitors to experience his rhythmically powerful jazz pieces as well as those paintings that harken back to his southern roots. She encourages community members to make an appointment if they are unavailable to visit during the 4-6pm hours on Saturdays. The current exhibition is on display through December, with many paintings for sale, and Hart hopes many will “take a plunge” and experience having art in their homes “to love and enjoy.”

“I want it to be a place where people feel comfortable coming to look at things that we hope will be evocative, inspiring, and walk away having felt something,” says Hart. “I do think art has a power to transform thought and feeling. It gives you sustenance in tough times when things get dark. Though we are just one of many, we wanted to add our voice to the mix, and I encourage everybody to come out, exercise some curiosity and take a look.”