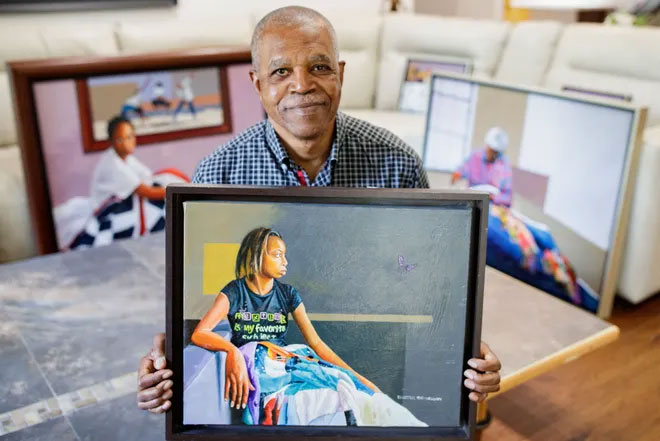 The last months of 2021 and all of 2022 are set to be banner years for one of Tallahassee’s most beloved painters, Eluster Richardson, who will show both here in Tallahassee, and later at the Gadsden Arts Center.

With “Quilts, Lives, Legacies, (Oct. 9-Dec. 29, 2021) at Tallahassee’s Anderson Brickler Gallery, Richardson will close the year with a personal glimpse of the wonderous real-life quilts created by his mother, and the mesmerizing art into which he turned not only images of the coverlets, but also of the woman who made them.

Since he was small, Eluster Richardson has never been far from art. He found it among the rocks, dirt, trees, and water of the Ayavalla Plantation where he was born. He created it in small sketchbooks where drawings of wrenches and hand drills would appear beneath his pencil.

And later he would go on to reproduce the natural art he observed within his own home, a place where simple things, simple tasks, the ordinary act of making a bed or folding laundry would become an existential meditation on what it means to be alive.

To be alive, yes, says the 70-year-old painter as he gazes at a painting of his mother who died at 97, but a means to leave a legacy that will forever say his mother, Amanda Richardson, was important — and that in his paintings of her and her quilts, the life she lived will be honored. 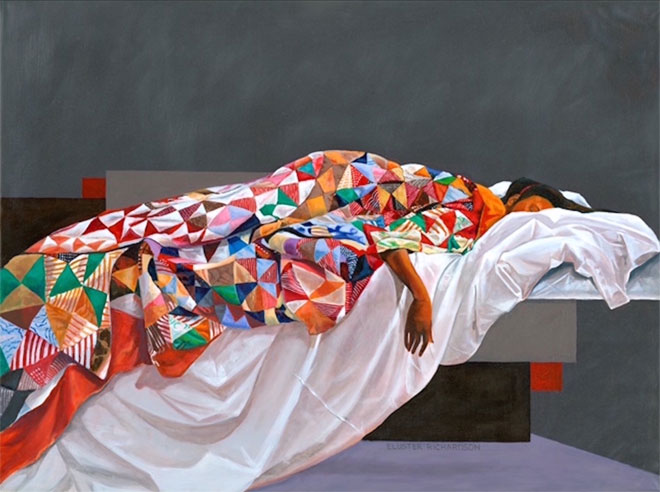 ‘I love the human figure’

Even as you see the oil paintings of Eluster Richardson’s wife, mother, or daughter going about their daily lives upon his canvases, two things become clear: one, Richardson loves color. And second, he is a master of the “color block” background—geometric panels that are sometimes part of a room or a shadow, sometimes, abstracted forms that perfect a piece.

Just as in a quilt, where each square brings a different hue, adds its own unique voice to the chorus of the whole, so do the colors and designed back-grounds of his paintings.

Then, of course, there are Eluster’s “quilt women” who busy themselves with careful stitches, or drape themselves in pixeled cloth, or smooth the wrinkles of fabric, even as time creates its own upon them.

“I love the human figure,” says Richardson from his home studio. “I’ve painted my daughter, Jasmine, from the time she was in diapers.” Sometimes dancing, other times reflective, Jasmine with a brilliant scarf around her head, or posing as an African princess, brings her own drama to a Richardson work. 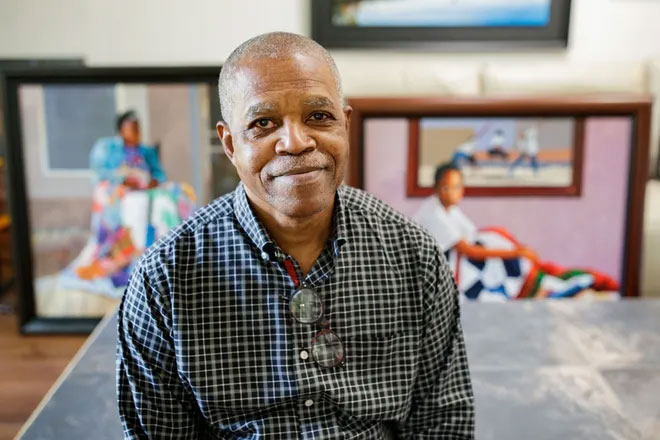 For the current Anderson-Brickler show, it is mostly Amanda Richardson’s turn. “After nearly 30 years at the telephone company as a systems engineer, I had retired — just when my mother needed me. She moved into my home, and we found ourselves with time to devote to our passions … my art, and her quilting.”

Richardson says his mother would have scraps of cloth all over the living room, but he could see her patience and her zeal for what she was creating. And together, their lives became part of the legacy he always has at the back of his mind.

Fourteen of his paintings will adorn the Anderson Brickler walls, along with four of his mother’s real quilts.

Another from the family of Marjorie Turnbull dating to the 1800s, and one by Valerie S. Goodwin, former FAMU professor, whose quilt deals with African burial grounds, will be on display.

Interest in quilts has burgeoned over the years. Quilting societies have sprung up, fine arts galleries feature them as both forms of vernacular art and as pieces of hand-made fine art, both primitive and highly detailed. Kabuya Priscilla Bowens-Saffo, the ABG’s Chief Curator, has reached out to local quilting shops and organizations to share their own stories, quilts, and legacies.

She hopes to mount their submitted photos and histories of their quilts in a separate room at the gallery. 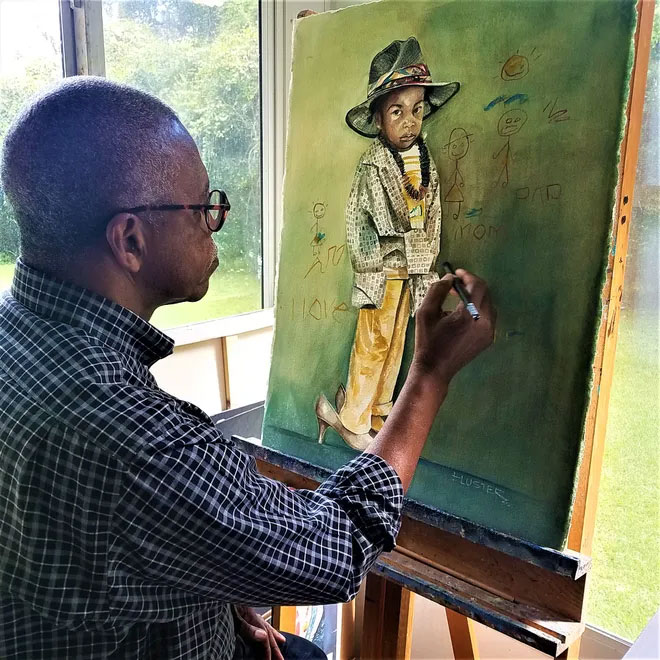 Eluster Richardson works on a painting in his studio. Marina Brown

Dr. Celeste Hart, who is the fourth generation in line to the formidable and lauded Harriet Tubman, in addition to being a practicing medical doctor in the Brickler family tradition, established the Anderson Brickler Gallery as part of her devotion to art, its history, and the experiences art can produce. She also wanted to extend the appreciation of the moment of seeing deeply moving art by providing the viewer with something tangible to take home to relive the experience.

“I have long been a collector of art catalogs. I often see things I missed in the works when they were first viewed. Art is very specific to a given time and place, capturing history in ways other documentary media do not.” 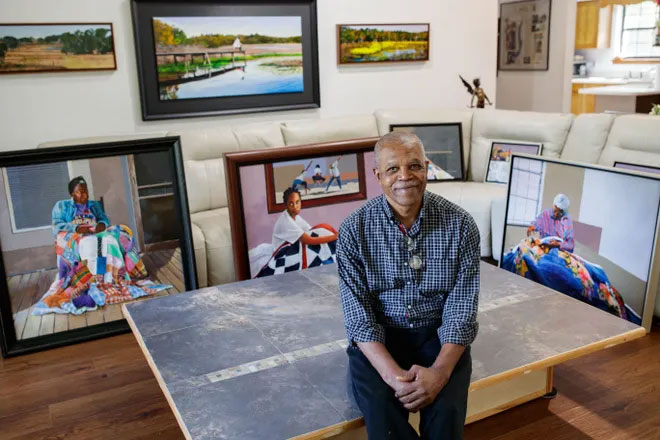 Hart believes that in addition to “thanking” the artists for the display of their works, it is important to see their development and the time spent in its evolution. Her response has been a hard-bound, glossy print book of two of the Anderson Brickler’s exhibitions: that of Ken Falana, and now, Eluster Richardson.

“To have a book of my paintings is something I have dreamed about for 25 years,” says Richardson. “And this one is beautifully produced.” Richardson will have a book signing at the gallery Nov. 13.

And yet new works are always literally “on the drawing board.” From his home studio, just off the living room where his family gathers, Eluster Richardson can be found most evenings, sketching, working in watercolors, oils, even creating figurative sculptures that will be turned to bronze.

“It’s like scratching an itch that never goes away,” he laughs. And everyone who sees his work is very, very glad that as of yet, there is no remedy.

What: Exhibition of the work of Eluster Richardson, “Quilts, Lives, Legacies”

When: Exhibit opens Saturday, Oct. 9, and runs through Dec 29